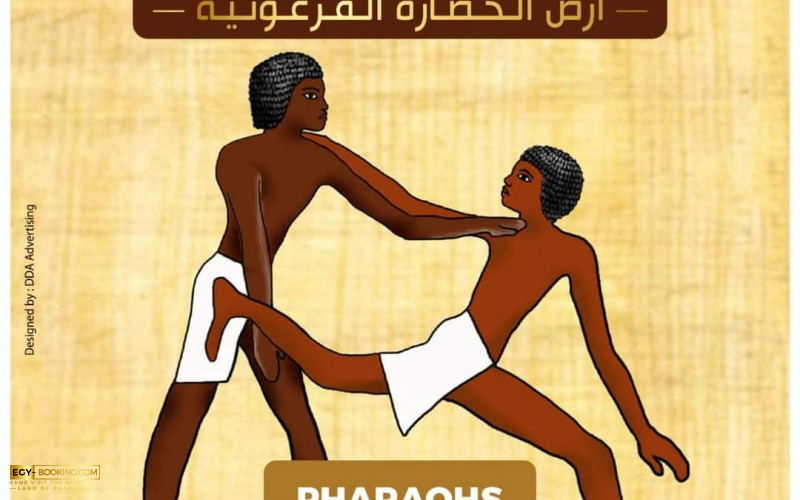 According to the inscriptions on the walls of cemeteries and temples the ancient Egyptians knew swimming and they used to swim in the Nile River, lakes or the swimming pools that was in the mansions of the nobles, The pictures at the Tomb of Mary Ra in Minya governorate and Ptahhotep in Sakkara, shows that the ancient Egyptians also practiced boxing as One of these pictures shows a player preparing to strike with a fist at his opponent, who is also trying to repel these blows. And Rowing was also one of these ports, The rowing team was instructed by the "leader" with a specific call that specify the time when paddles touch the surface of the water, which helps push the boat forward in a more stable way, and that is how rowing is now practiced.

The drawings in Saqqara cemeteries also shows that ancient Egyptians knew how to play "handball." At the time, the ball was made of leather stuffed with plant fibers, straw, or papyrus. And they also practiced Weight lifting but in a different way than how it’s practiced today the competitor then had to lift a bag of sand with one hand, and keep the bag high for a short time in a semi straight position. And add to them the sport of "running", the running races were one of the most important races of the ancient Egyptians, especially during the celebrations of a new king in power One of the rituals of these celebrations was for the king to race, and run around temples to show his physical strength and ability to rule. Besides all of this, they also practiced more sports such as fencing, balance, gymnastics, equestrian, hockey, and more.