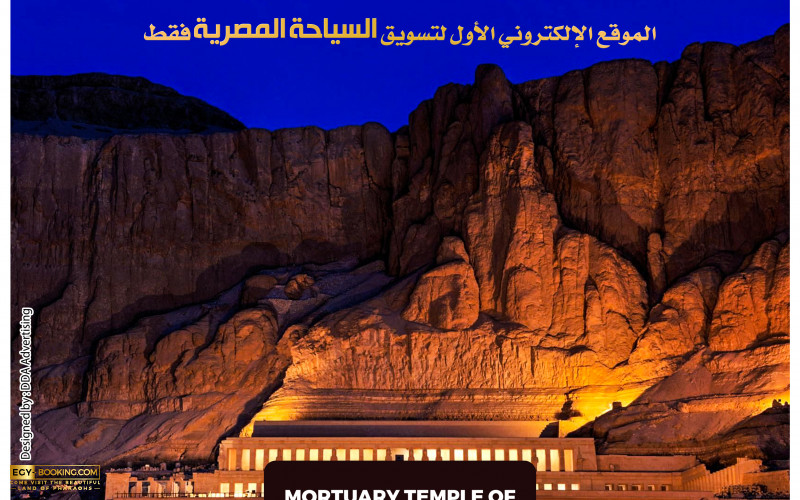 At the sea monastery, one of the most beautiful pharaonic temples located over the western cliff of the Nile at the Luxor Governorate, which is known as “Hatshepsut” temple and is also known as “gisr gisro”, which is “Amon Holies”. It was constructed in the eighteenth dynasty during the queen “Hatshepsut” reign time by the engineer “sanmut”, who was one of the closest consultants to the queen and he was very creative at constructing the temple.

Here you are standing in front of great construction made of limestone and consisted of three levels. At the end of each level, there is a colonnade. At the highest level, behind the colonnade there is an ally and comes after it Hatshepsut gods in the form of death God ‘’Osiris’’ and at the end of the highest ally, by the temple’s main center; a passage was cut in the mountain ends with holy of holies. The temple was well-known by its exquisite inscriptions, especially the one that narrates about the holy rebirth of Hatshepsut and her adoption to Amon, and the other that shows her famous journey to land of Punt. It’s important to mention that the temple wasn’t only made to the queen Hatshepsut, as it had of parts dedicated to her father “Thutmose the first”, Goddess “Hathor”, the God of death “Anubis”, besides there is an open sky shrine for the sun God “Ra hor akhtaa”, As well as a special section for Amon. So, don’t forget to give it a visit when you are at Luxor.