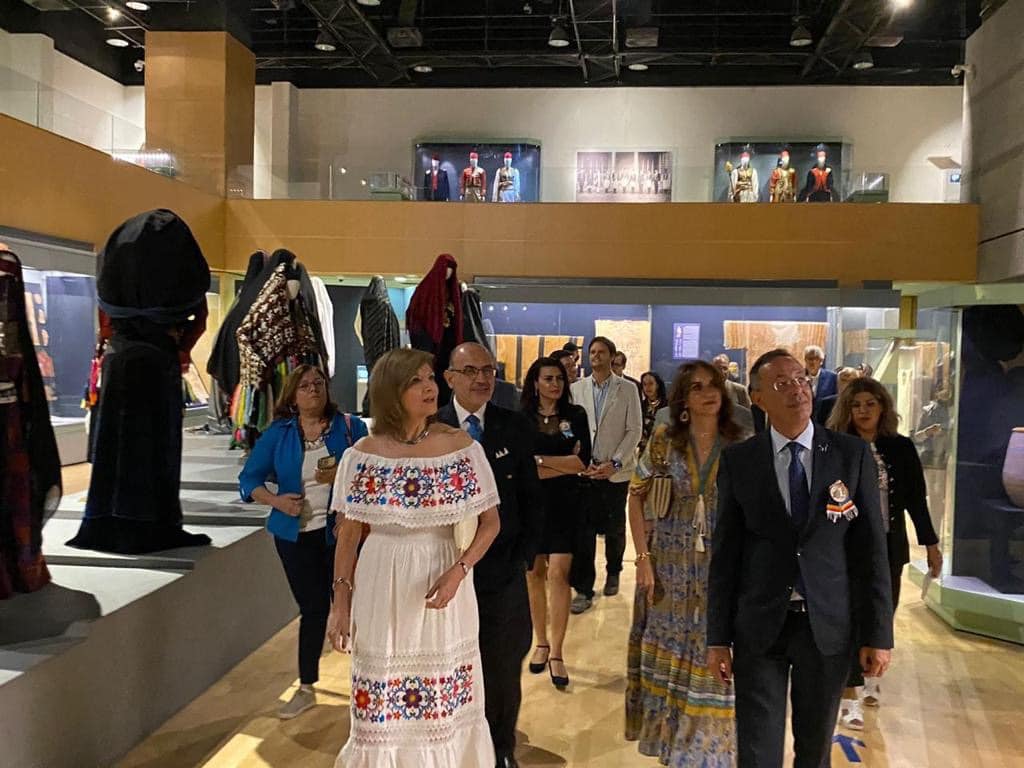 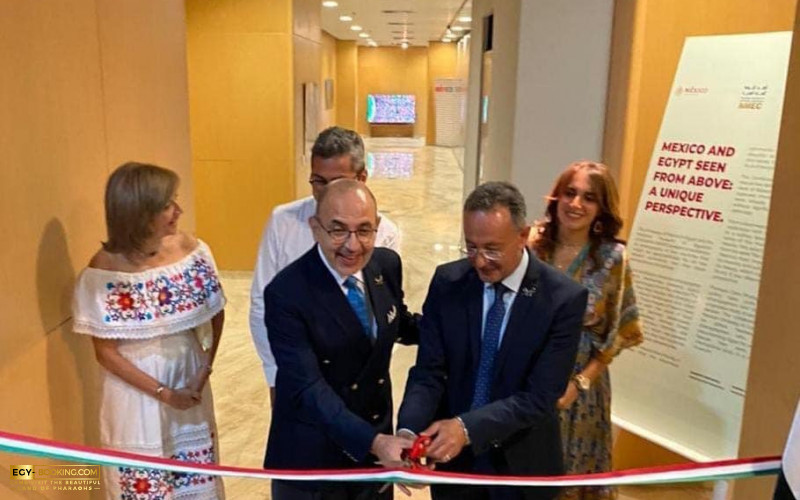 Dr. Ahmed Ghoneim, CEO of the National Museum of Egyptian Civilization, and Jose Octavio Trip, Ambassador of the State of Mexico in Cairo, inaugurated an exhibition of photographs on Egypt and Mexico under the title “Mexico and Egypt from Above: A Unique Perspective”, in the Museum’s Egyptian Textile Hall, In cooperation between the Egyptian Museum of Egyptian Civilization and the Mexican Embassy in Cairo, in the presence of Ambassador Salah Abdel Sadiq, Assistant Minister of Foreign Affairs for Consular Affairs and Egyptians Abroad, Ambassador Ahmed Abu Zeid, Spokesman for the Ministry of Foreign Affairs and Director of the Public Diplomacy Department, and a number of foreign ambassadors and members of the Mexican community in Egypt.
Dr. Ahmed Ghoneim explained that organizing such activities and events comes within the framework of various activities that the museum is keen to organize constantly in cooperation with embassies and diplomatic bodies in Egypt, as it is an important cultural and heritage edifice, aimed at achieving cultural exchange between Egyptians and other peoples, And introducing the museum's visitors, Egyptians and foreigners, to the ancient civilization of Egypt, which fascinates the world with its impact, pointing out that the museum also organized an exhibition of archival photographs in cooperation with the Embassy of Spain.
The CEO of the Museum indicated that the exhibition will be held for a week, in which a group of photographs that combine similar images between Egypt and Mexico from natural and civilized aerial views, with the participation of Egyptian and Mexican artists, including Mexican photographer Roberto Hernandez, who participates in a group of creative bird's eye images that display The diversity of Mexico's landscapes and urban landmarks, and these images of Mexico were shown with the work of Egyptian photographers Ahmed Abdel Tawab, Ahmed El-Qawy, Ahmed Emad, Ahmed Nagy, Taymour Othman, and Youssef Nasser.
He added that the opening ceremony also included the establishment of an exhibition of cultural and popular heritage in Mexico, in addition to the most famous dishes, traditional foods and distinctive costumes, with the aim of introducing the Egyptian public to the Mexican heritage. A concert was also held in which the artist, Rola Zaki, who is nicknamed the voice of love and peace, performed a number of songs from the Egyptian Arab artistic heritage and some Mexican classic songs such as "Bisasi Mocho" and "Cilito Lindo", which created an atmosphere of fun in the museum, as this contributed to Linking the Egyptian and Mexican cultures together.
At the end of the ceremony, the attendees toured the Egyptian Textile Hall, through which they got acquainted with the unique holdings of Egyptian textiles through different eras, which are displayed using the latest methods and techniques of modern museum display.
The Mexican ambassador expressed his happiness at being in this great cultural edifice, which allowed him to learn about the greatness and civilization of Egypt, which met in one place with all its diversity and distinctive elements, stressing the importance of this fruitful cooperation between the Embassy of the State of Mexico and the National Museum of Egyptian Civilization.